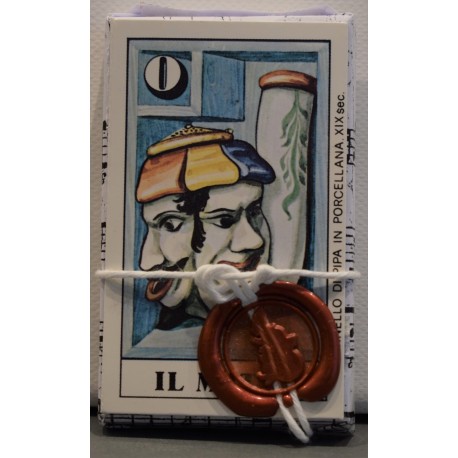 The Tobacco Tarot is a small size set of Trumps, each presenting an aspect of the tobacco culture (specifically pipes & cigars) represented by the Major Arcana. It is published in a limited, numbered series in Italy and also distributed by U.S. Games, Inc. The paper 'wrap around' of the inner sleeve that keeps the cards intact, looks like a fancy cigar wrapper seal and has the image of a dog and the old street address of Il Meneghello. All the cards in this trump set depict aspects of the smokers culture, mostly related to pipes.