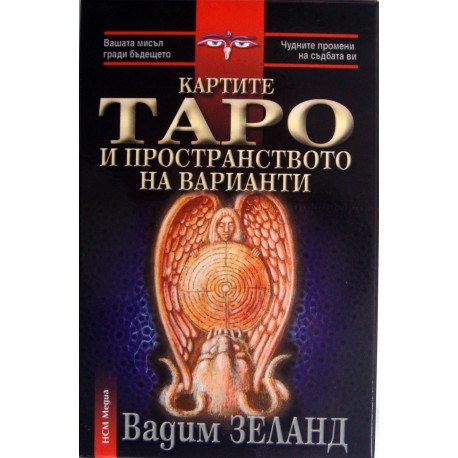 The Reality Transurfing Tarot is a non-traditional tarot deck based on 'transurfing' - Vadim Zeland's method of controlling your own reality.
The deck has 78 cards but is built around its own system rather than standard tarot.

Reality exists beyond you, as long as you believe this.

I. THE AWAKENING
II. END OF DREAM
III. THE CHILDREN OF GOD
IV. THE BIRTH OF A STAR
V. THE MIRROR OF THE WORLD
VI. BOOMERANG
VII. THE ILLUSION OF REFLECTION
VIII. THE PINK TWINS
IX. A SIGH OF RELIEF
X. LIBERATION
XI. CONFIDENCE
XII.BALANCE
XIII. BEAUTY OF THE SOUL
XIV. LOVE YOURSELF
XV. MY GOAL IS I
XVI. FAITH
XVII. GUILT
XVIII. THE SENSE of YOUR OWN SIGNIFICANCE
XIX. CREDO MASTER`S PRINCIPLE
XX. YOUR OWN PATH/WAY
XXI. JUDGMENT/VERDICT OF MASTER
XXII. THE DECLARATION OF INTENT