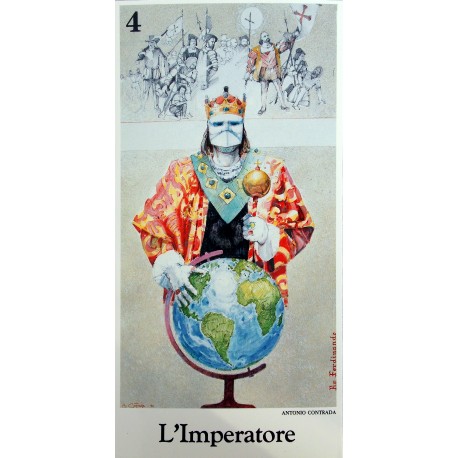 Sold out at the publisher.

A collaboration of 22 artists each contributing a Major Arcana (in 1992) to commemorate the 500th anniversary of Christopher Columbus. The deck was published by Osvaldo Menegazzi of Il Meneghello, (who contributed the Sun Card). A limited, numbered edition of 2000.

A Review by Diane Wilkes of Tarot Passages