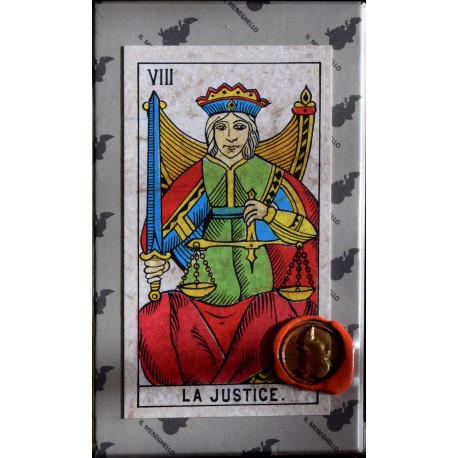 Titles on cards  is on Italian.

According to Tom Tadford Little regarding the Classic Marseilles ~ Tarot de Marseille: the most widely circulated variant of the tarot is the Tarot de Marseilles. These designs, and the Marseilles ordering of the trumps, became the basis for occult and modern tarot decks. The Marseilles tarot itself almost certainly originated in Milan, and spread to France when the French occupied that city around 1500.